A baroque horse (also known as a baroque horse, in which Baroque is an adjective) is a horse with a construction that was seen as ideal in early modern times. Often these are varieties

whose history with studbooks until the seventeenth century (or even further back) is known. The baroque horse is a warmblood horse, but differs from more modern warmblood types by a

not too large height (in the baroque period often between 1.50 m and 1.60 m), a relatively short back (the horses look a bit more obtrusive), and a somewhat bulbous profile (in contrast to the

Baroque horses can usually trace their lineage back to Iberian horses, especially the Andalusian, who were considered the noblest horse of Europe before the emergence of thoroughbred breeds. Recent

genetic research has shown that the Andalusian and related breeds have been strongly influenced by the Berber. Including Klapstrupper (here) Lipizzan, Lusitano and Friesian too. For this reason, baroque

horses could be called 'warmblood'. The difference with the 'normal' warmblood breeds is that the cross between western and eastern horses took place here in the Middle Ages, before studbooks were built.

Baroque horses are bred to this day and are used for classical high school riding. This type of horses is also used in modern dressage sport. The opinions about the suitability

for this branch of equestrian sport are divided. 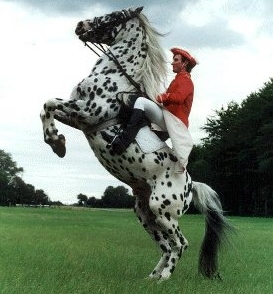 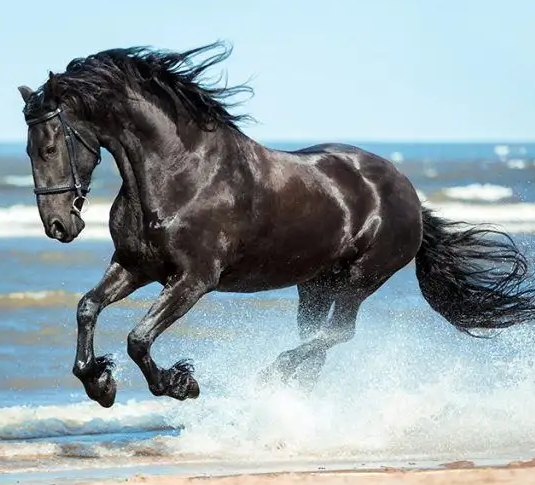 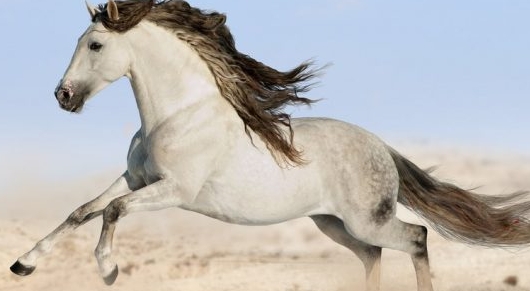