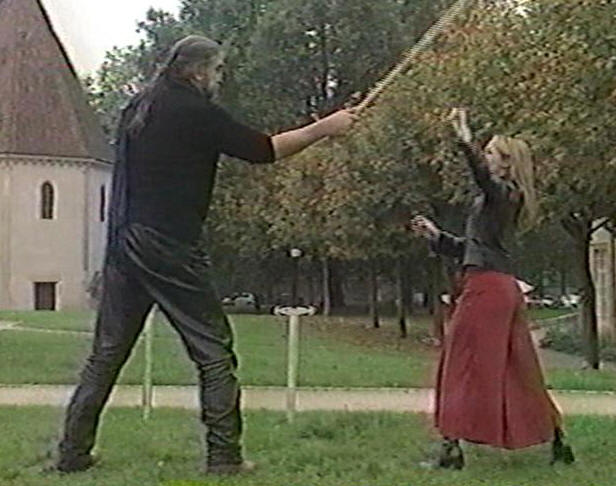 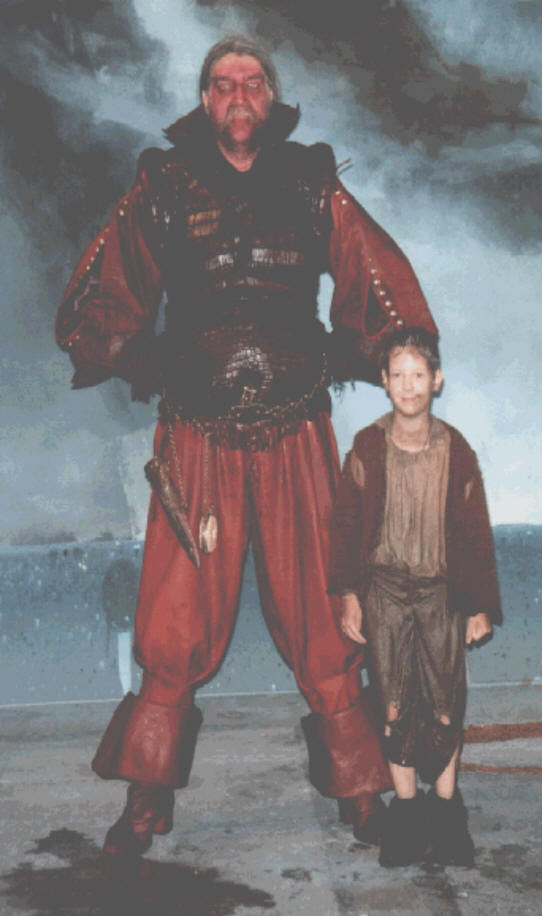 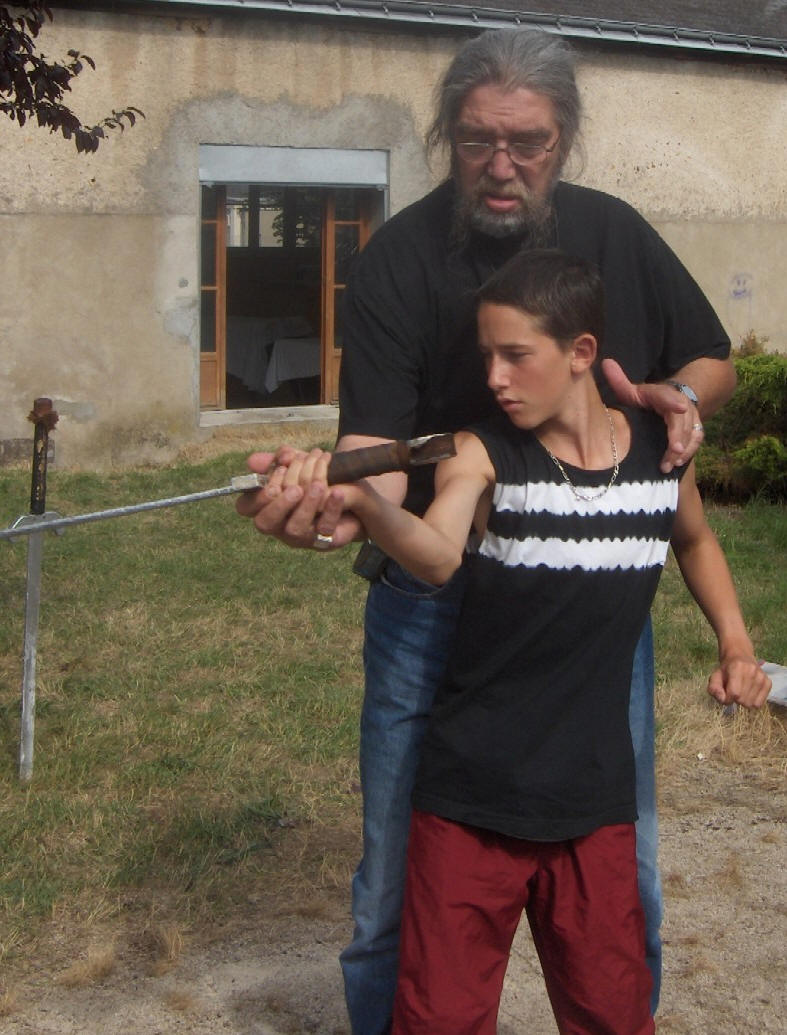 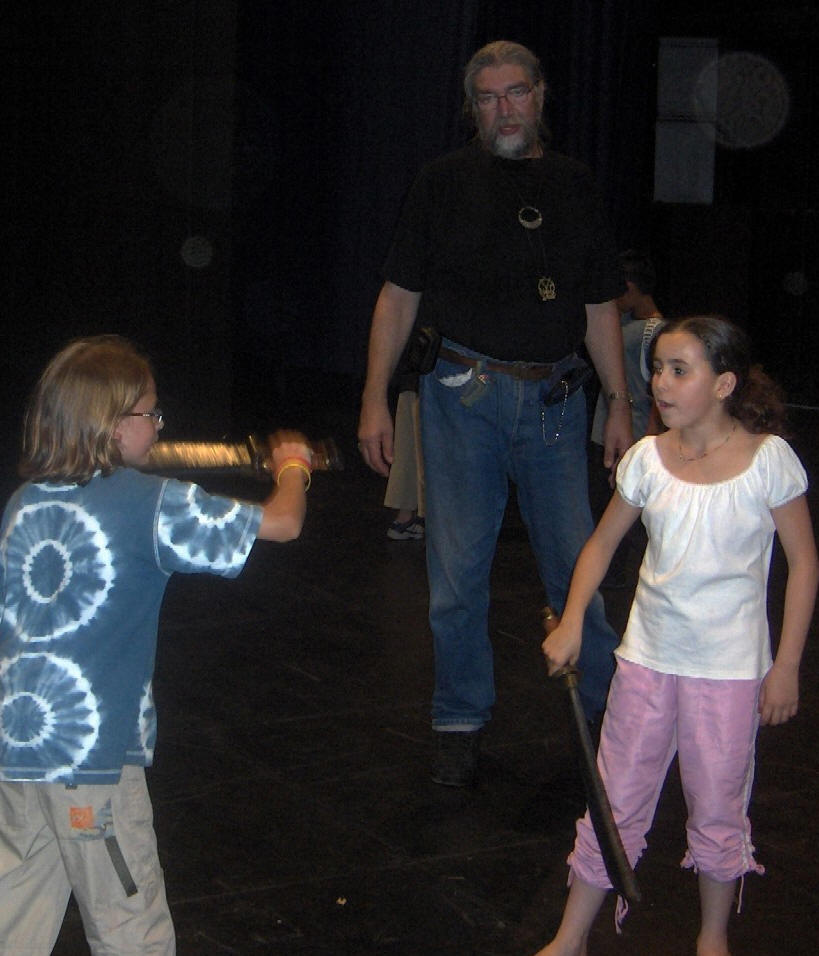 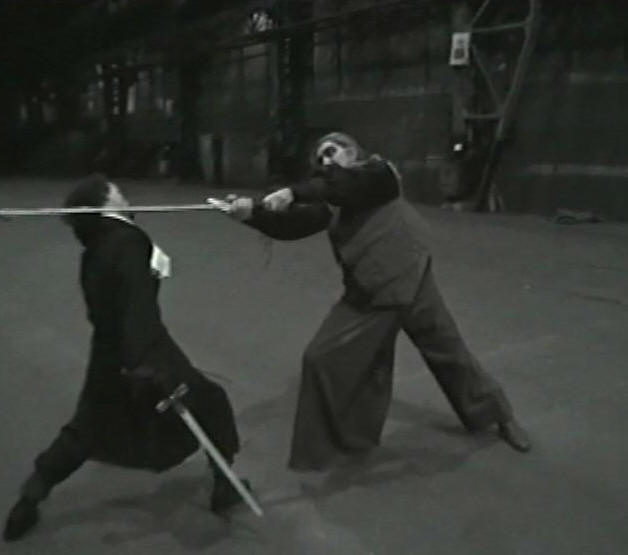 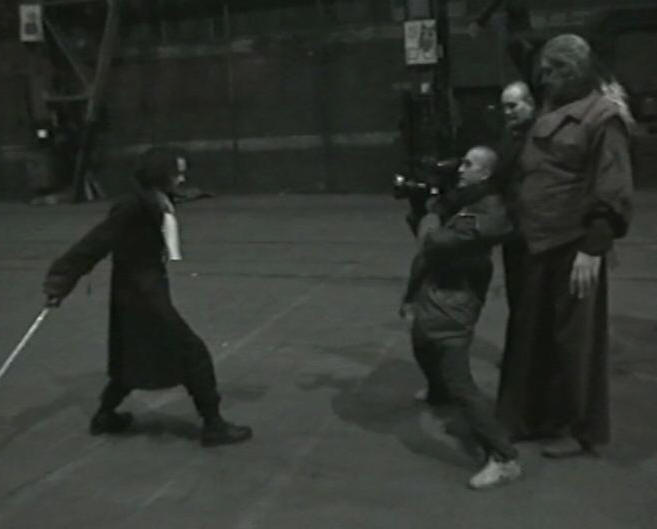 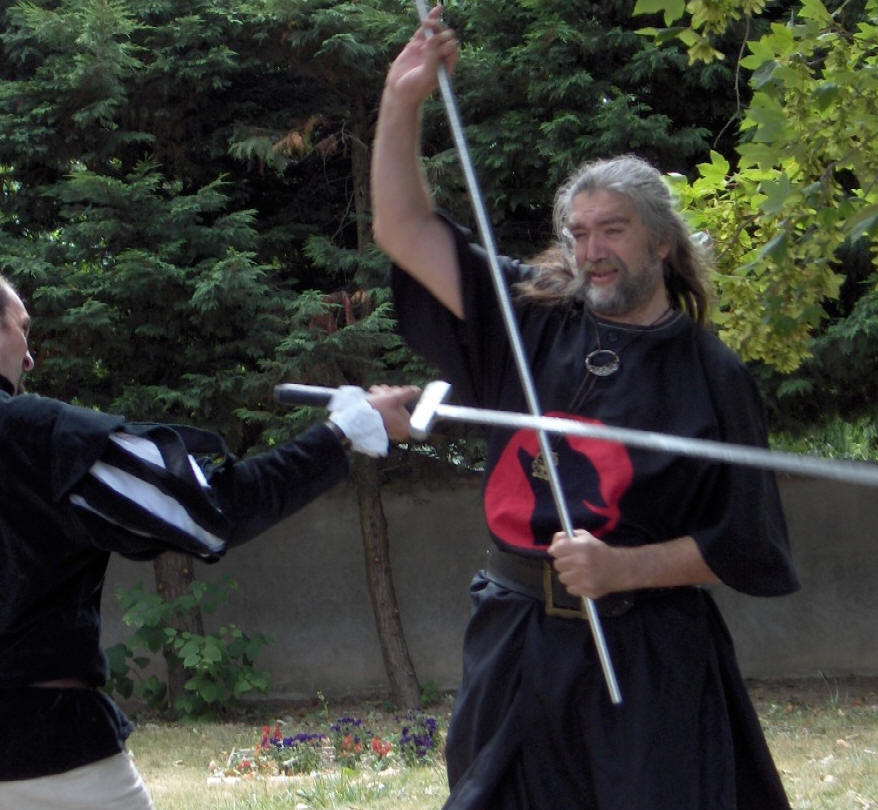 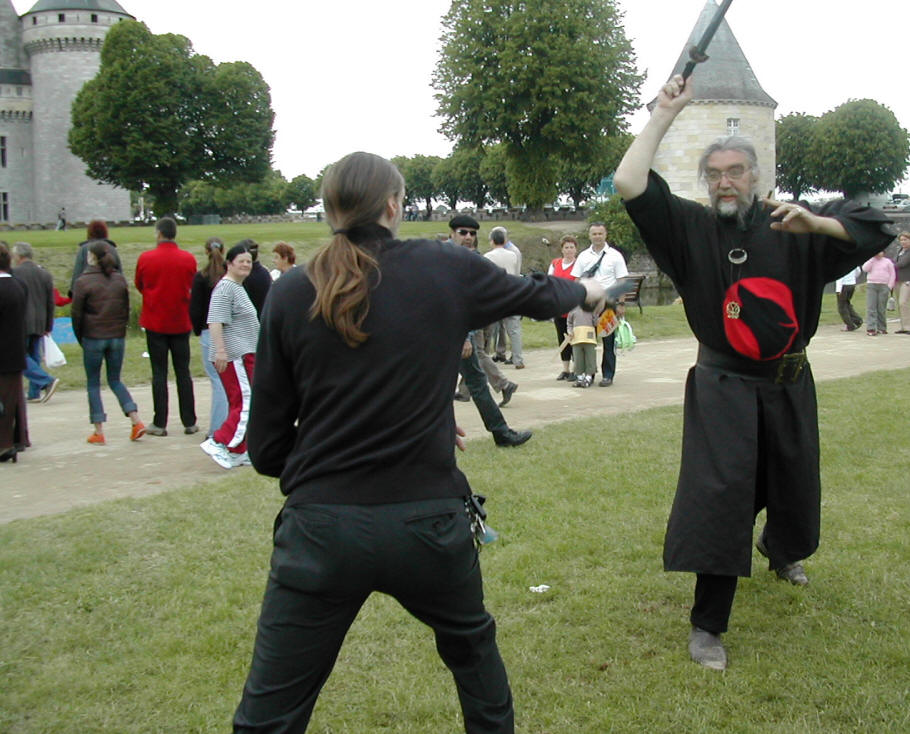 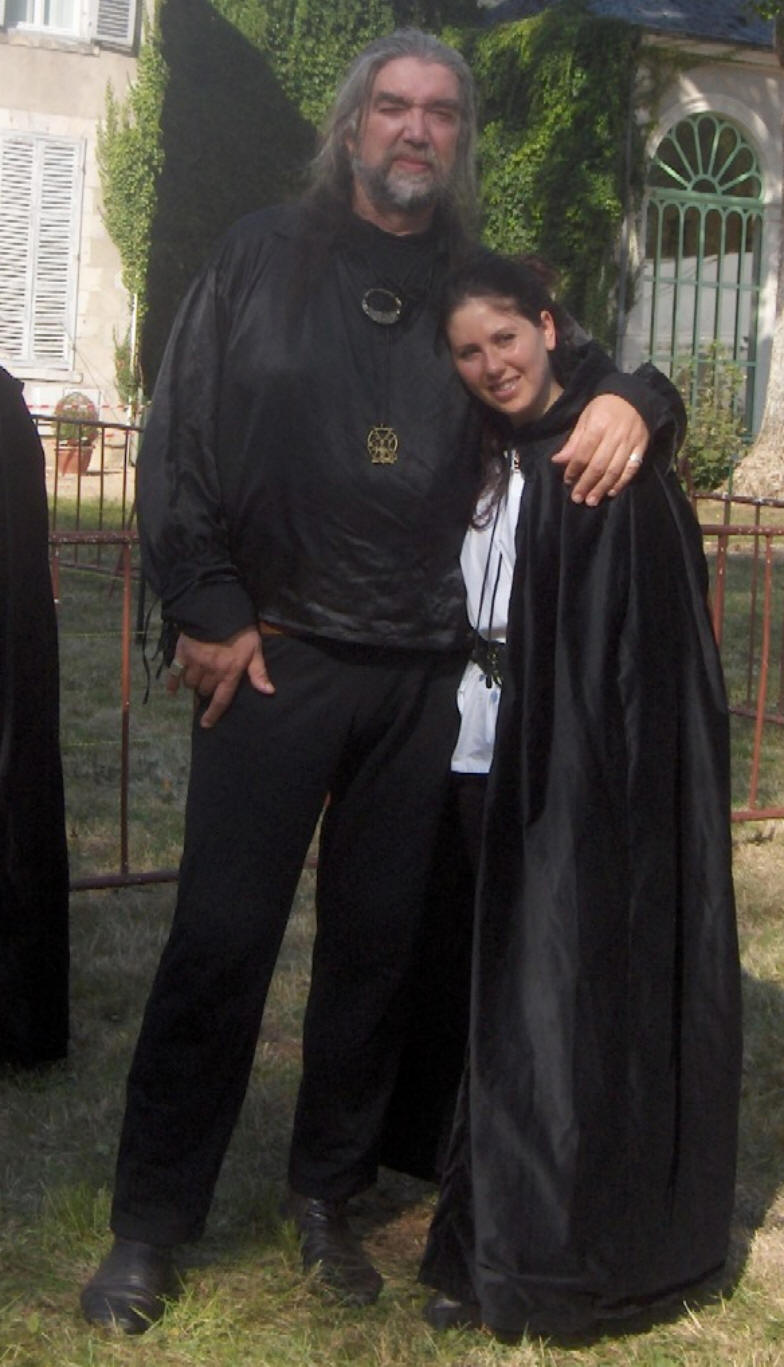 Fightcheorography, also Mr. lyman fenched in the past. Mr. Lyman does a lot himself, he has clearly the experience, but a small rough scene is done by a stuntdouble. I think Mr. Hulin did the whole scene himself, he is a stuntman and I think It's hard to find one of his size ;) 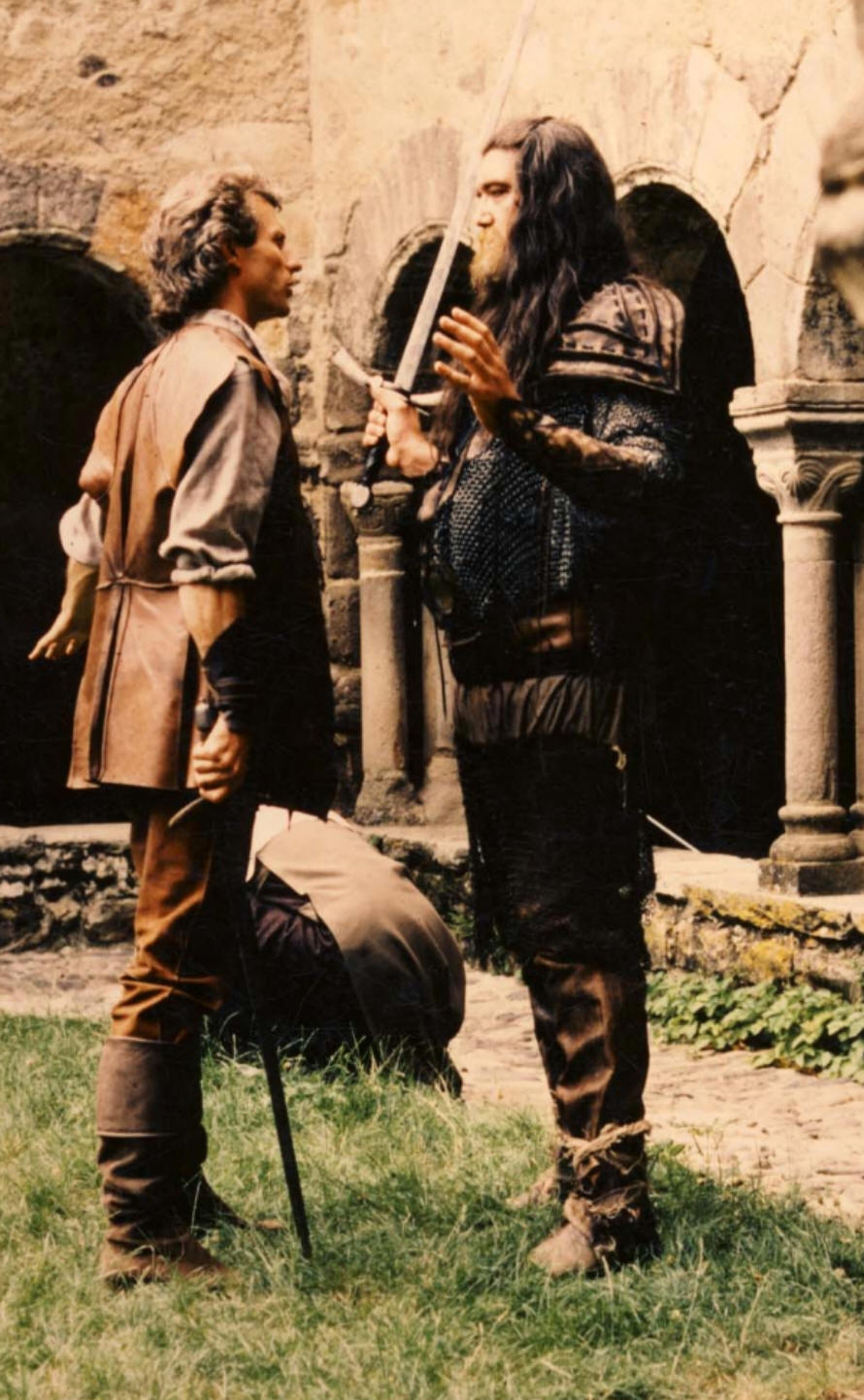 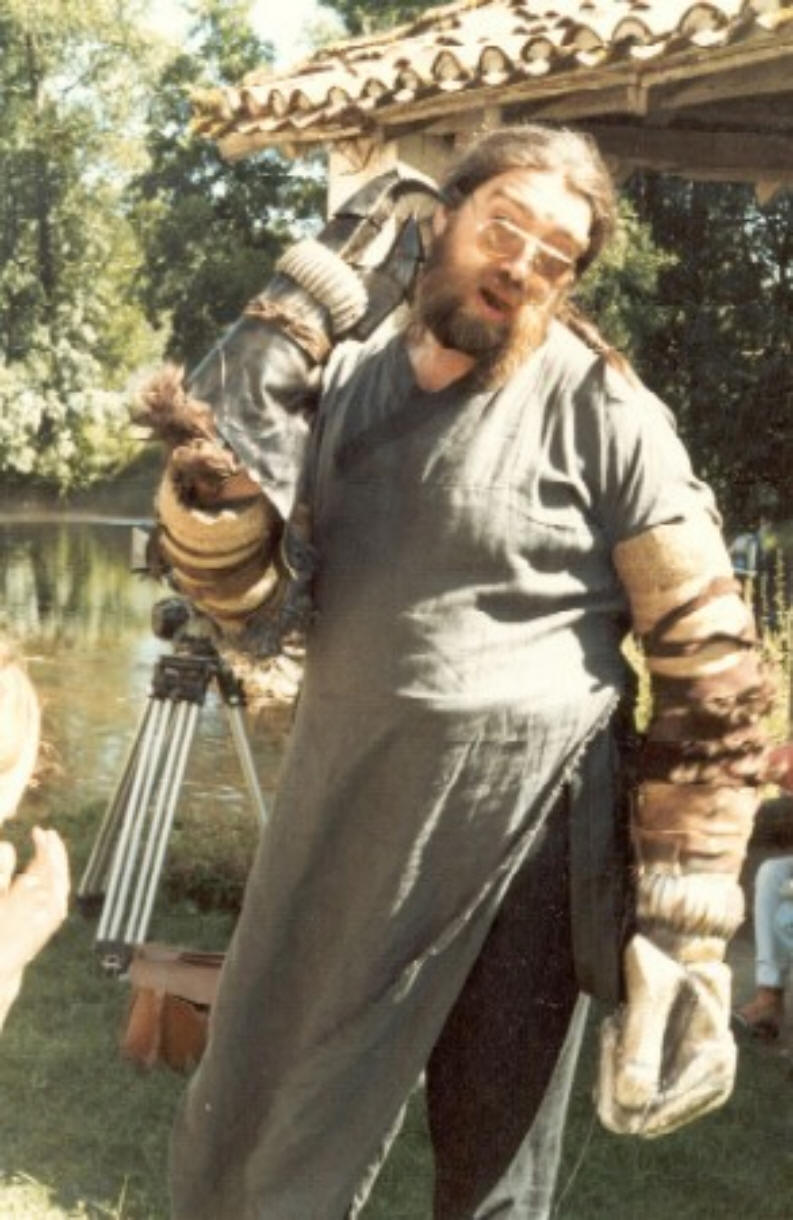 Right picture above: At the lavoir of chateau Faucher recording Fear. Dominique Hulin as the 'monster.' I love this photo Mr. Hulin scratching himself with his enormous hands!

What is old fencing? Ancient fencing is an art that combines dexterity, culture, physical quality, respect and courtesy. It requires mastery, along with the ability to make decisions quickly. It is inseparable from our History, and presents to these participants an original way of initiation. Culture of tradition, imbued with the idea of ​​self-control and a certain panache, the ancient fencing is an activity of the future by presenting to its practitioners a rich universe, playful and in constant evolution. A minute of show requires from the actors about 35 hours of rehearsal beforehand so that it is in perfect safety. We do not improvise Lagardère, Xéna, Zorro, d'Artagnan ... And being a hero of TV series or novel, that can be learned. This initiation aims to bring notions of combat, but also theatrical techniques to assert, feel, or discover certain types of characters through the particular attitudes of their times and the situation evoked. This is for all ages, young, old, serious or casual sports, entertainment professionals or amateurs. 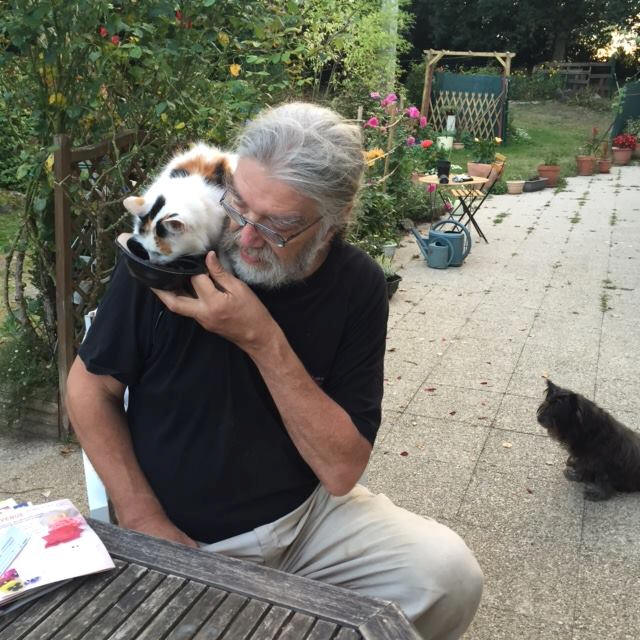 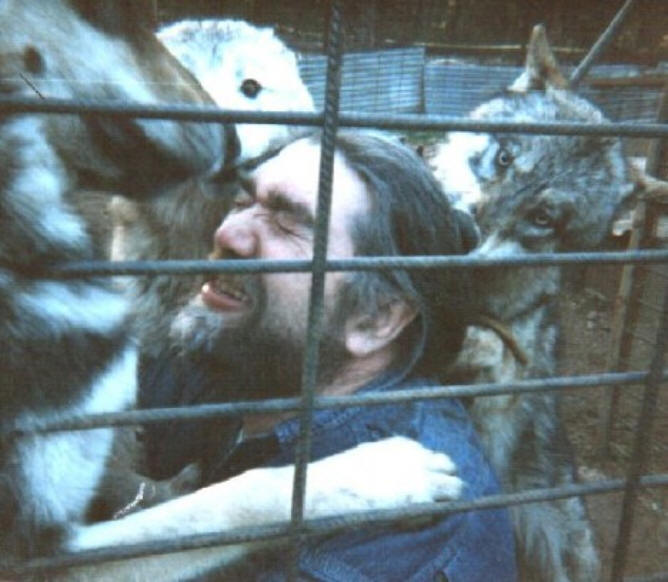 Below: a chat between the mercenaries plus stuntmen Yannick Derrien.  Hulin having a break in monastery Lavaudieu 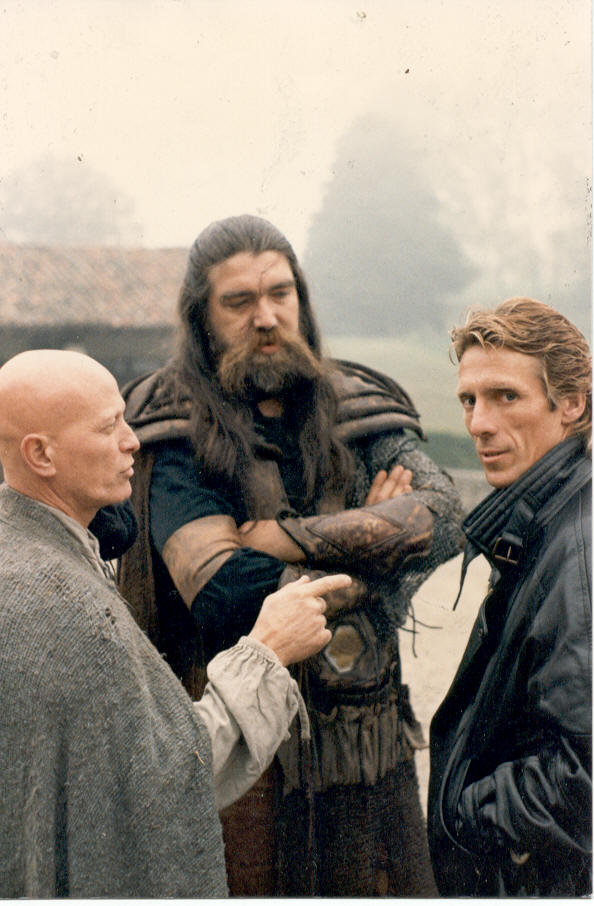 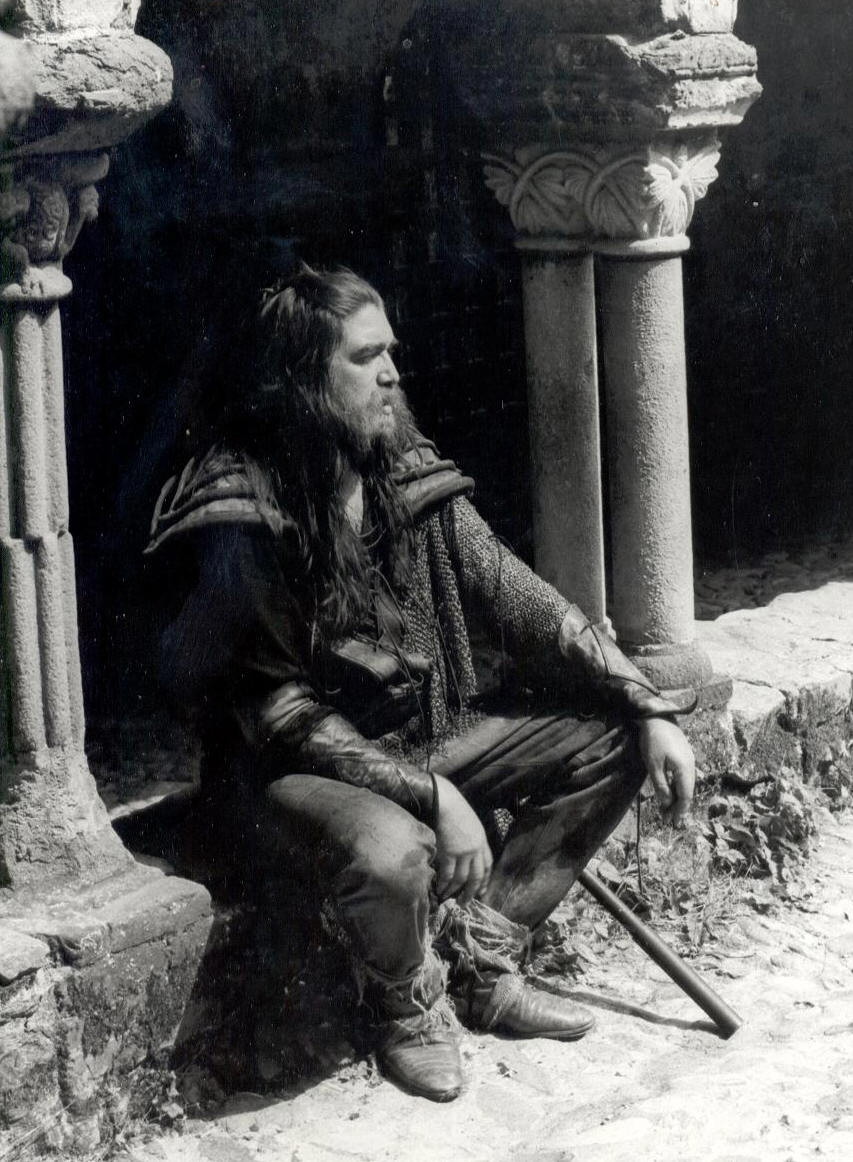 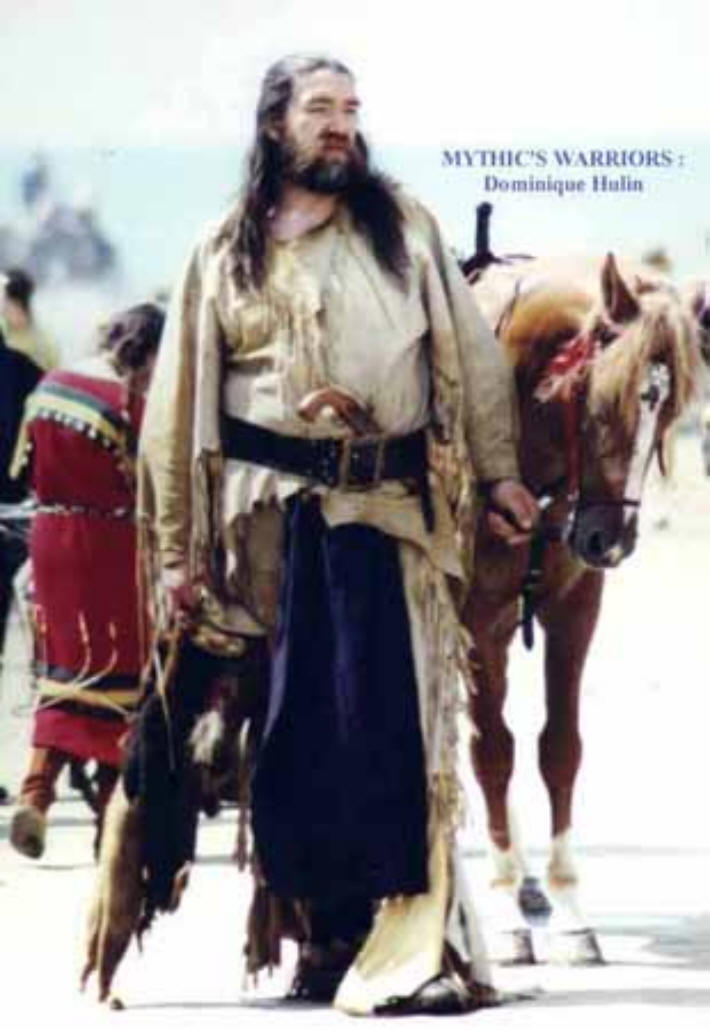 Personally Dantes made a huge impression on me as a kid. He didn't say much but I believed he was a mercenary. Later in 'Fear' and in 'Headhunters' he was present again. We met him in France years ago and he is a nice guy! The man who feared me as a kid was a nice gentleman, very good in swords a very big heart for his pets and donkey.

Me, Dominique Hulin and we.        The headhunter with the scar and the blind eye.   The monster, who used to give me and my sister nightmares is loose! 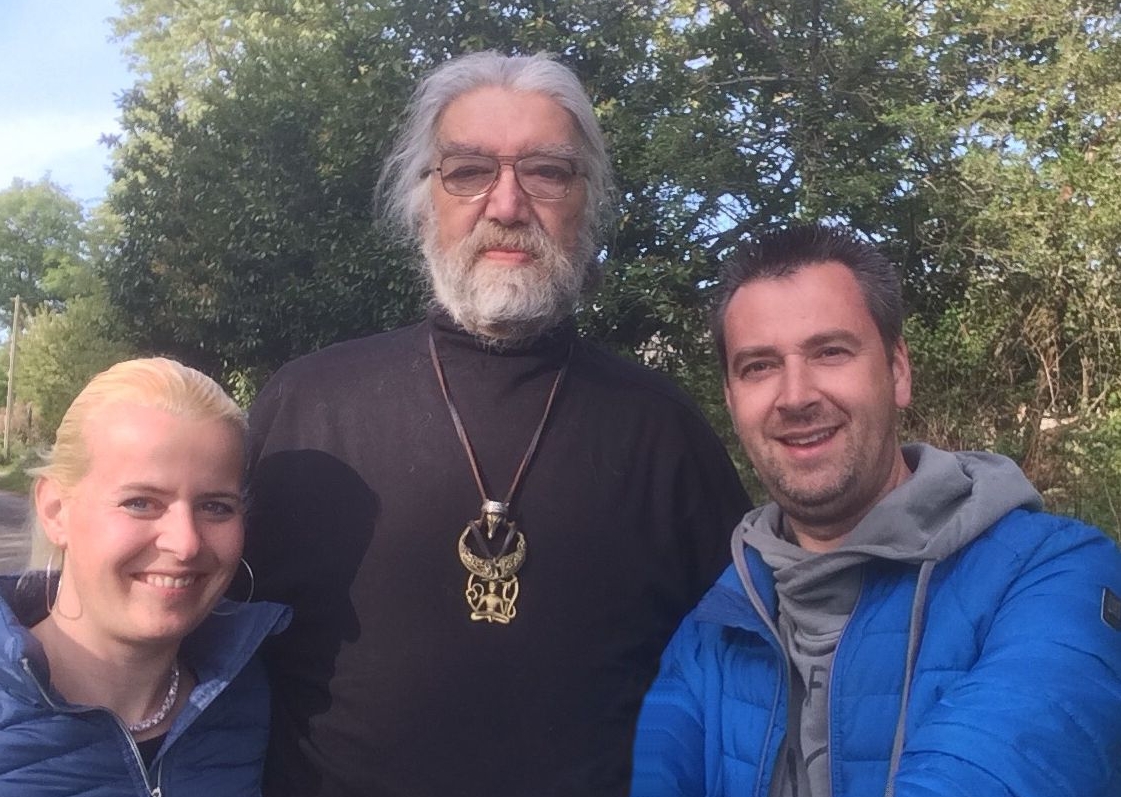 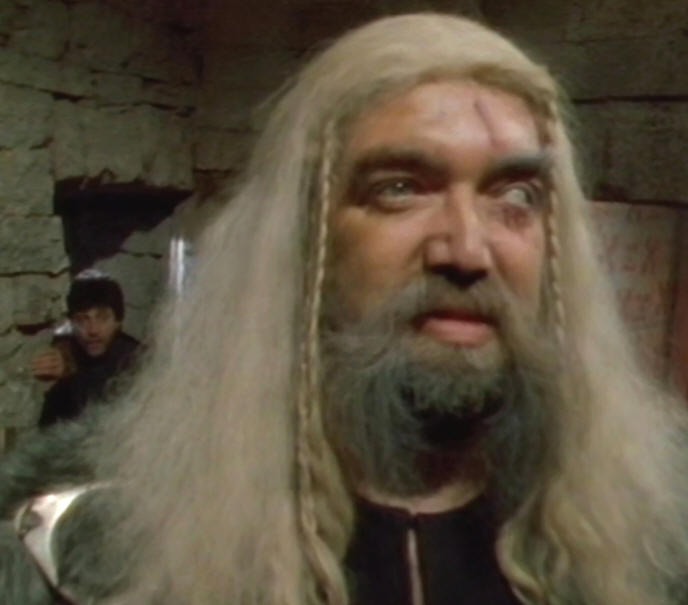 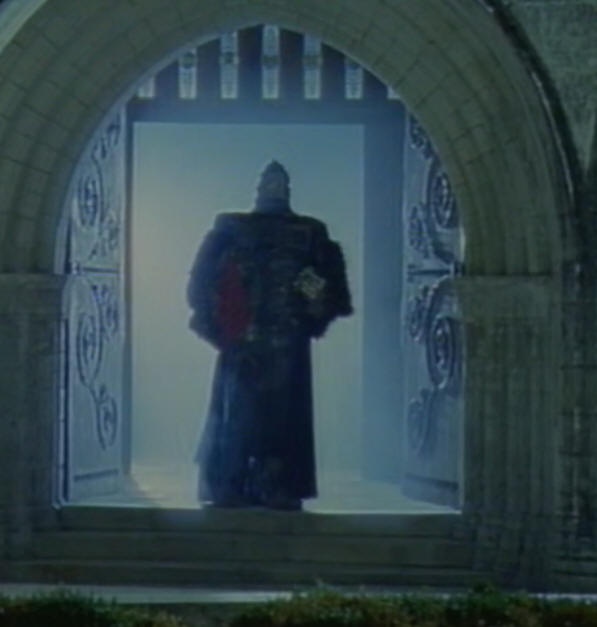 Left below: Dantes offers Gessler help for a good price. If they can not agree on the price, a dangerous atmosphere is created and Gessler has to consider his offer again.

Right below: One of his fellows is badly wounded and he had to say goodbye to him on his own way. Offering him a last drink, then kill him. 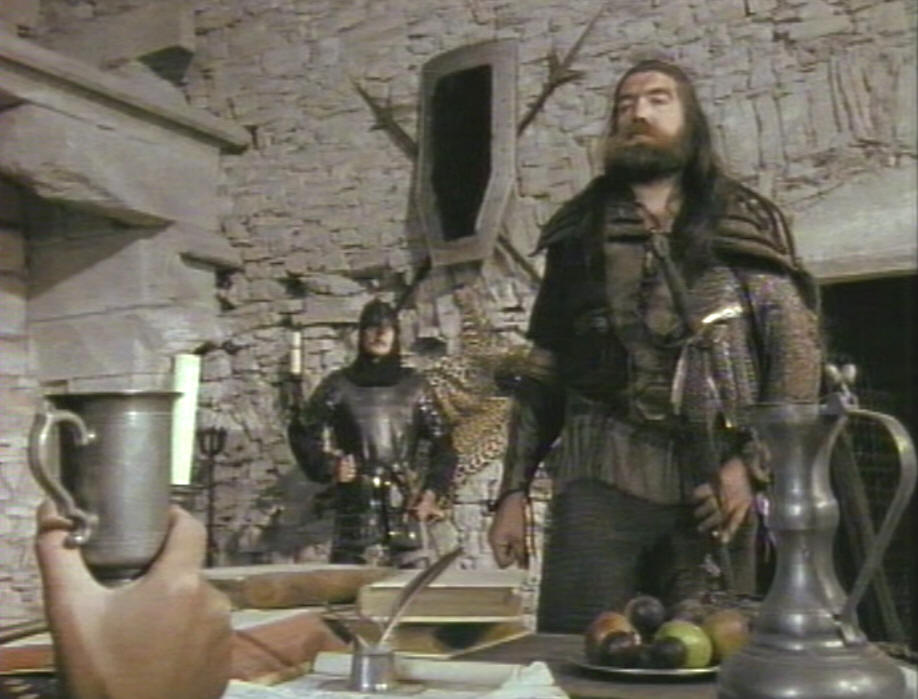 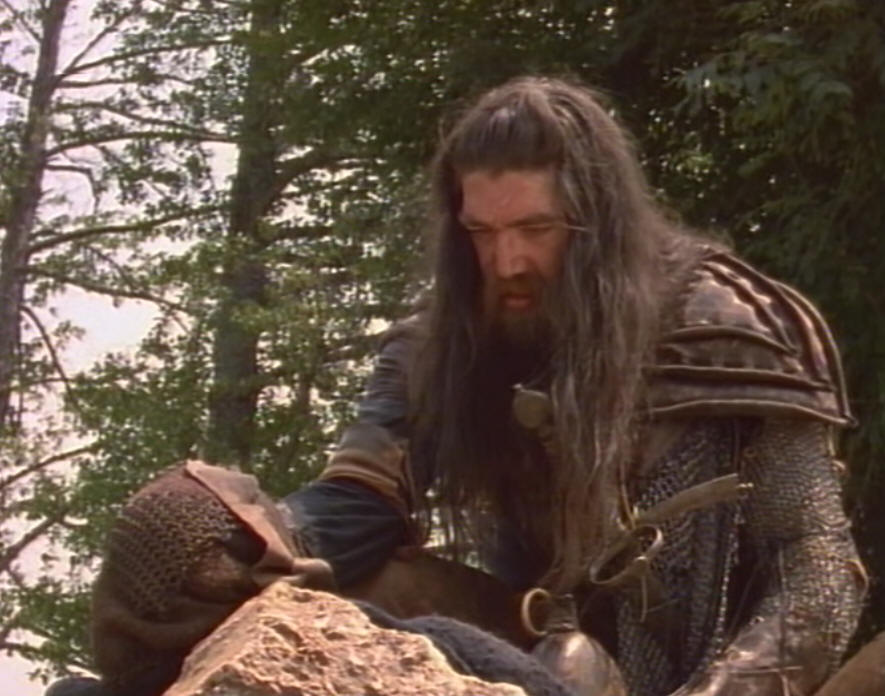 At chateau Epierre (Albion's inn) Hulin shoots Tell, but Tell didn't fall off his horse and Hulin gets angry. No money for the deal with Gessler 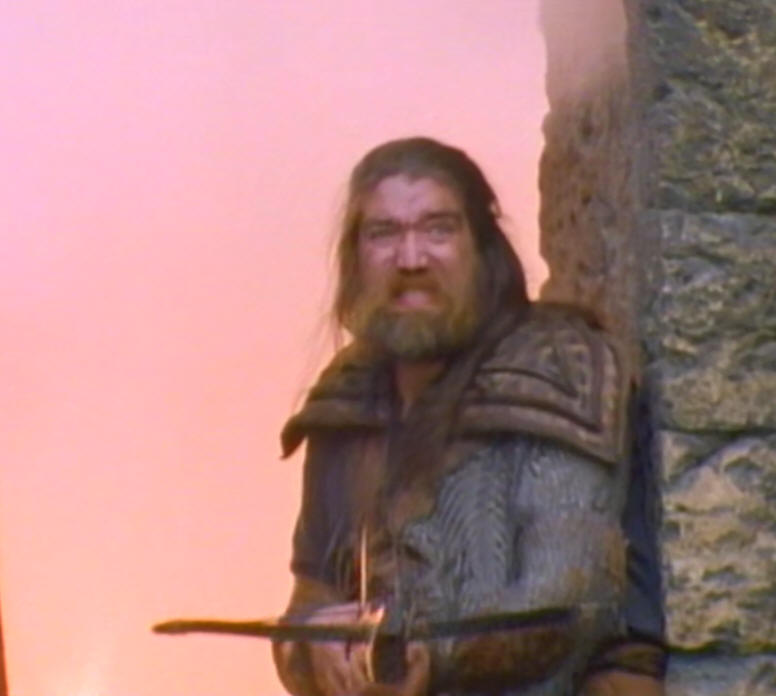 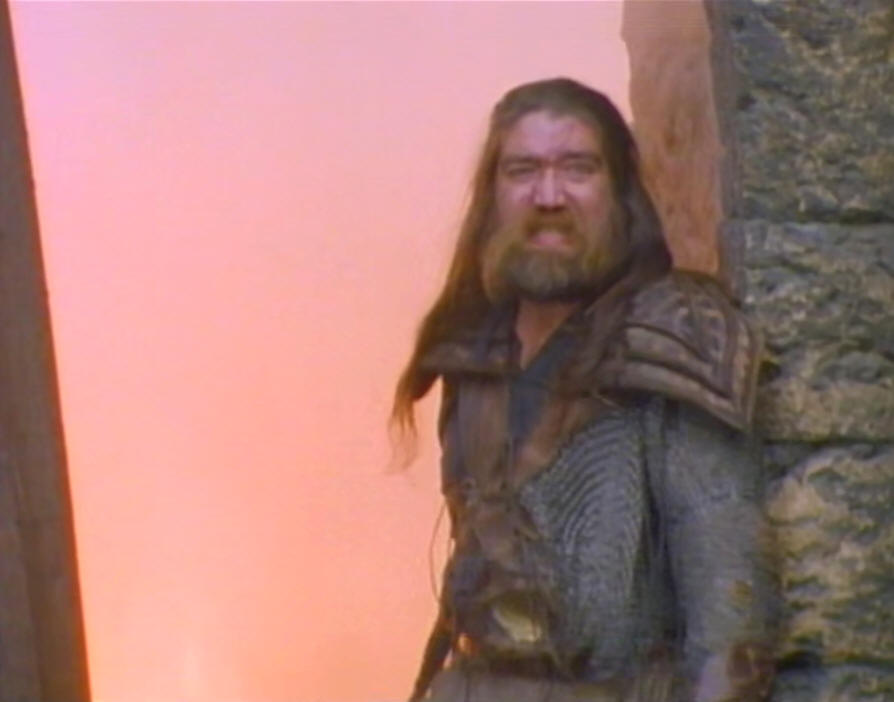